For some people, career paths are clear-cut from the get-go. But as it turned out for Pieter, the detours he took before entering into a passion-filled career in Product Development prepared and equipped him with the skills he needed for his role as Product Owner at iKhokha.

But let’s take a few steps back.

The Road to Becoming

Born in Canada to the then South African Trade Commissioner, Pieter was exposed to a life of travelling and exploring from an early age.

Having a taste of life from Canada to Malawi, and finally, South Africa, Pieter has always been one to go where the road leads.

“I always admired people who knew what they wanted to do in life. Whether that was to get married, have children, become a this or a that. I wasn’t like that – at all.”

When the time came for Pieter to decide which path he wanted to take, admitting that he's one to have a keen interest in art, he liked the idea of graphic design. However, with computers being a rarity at the time, the reality was that graphic design was not a sought-after career.

“Everything I’ve done up until this point, didn’t exist when I was in school. The idea of university and jobs today is changing.”

A techie at heart, Pieter studied electrical engineering at a technical college in Free State, known as Central University of Technology Free State (CUT). Halfway through his third year, Pieter courageously jumped into his very first job at Bytes Technology Group (BTG) – at the time known as Altron Group.

True to the nature of first job experiences, BTG taught Pieter what he considers some of the most valuable lessons that would set him up for the road ahead.

And after briefly working at BTG, Pieter made a move to Sanlam as an onsite techie. The transition from a small company in Bloemfontein to a big corporate company in Cape Town with a headcount of more than five thousand people challenged Pieter to come out of his shell.

Today, he's without a doubt one of the most easy-going and sociable people you'll find at our headquarters. 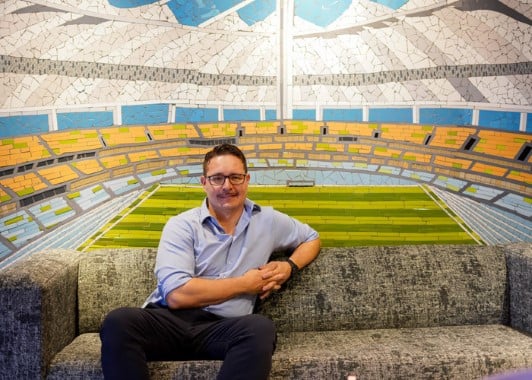 Learning is a Lifetime Journey

It’s undeniable that Pieter is a man who wears many hats, especially having contributed most of his career to big corporate players. Before iKhokha, Pieter sunk his teeth in various roles at Private Property as their business analyst, head of product, operations manager and software development manager

“For me it’s being able to make a difference or add value – whatever that looks like.”

As it stands, Pieter holds various qualifications – from being a Microsoft Certified Software Engineer, Estate Agency Affairs Board (EAAB) certified estate agent to having a BCOM degree in Information Systems.

His pursuit of gaining information isn’t limited to his studies. Pieter immerses himself in knowledge and explores new ways of thinking through reading and listening to podcasts.

“Today, there are so many great podcasts and books that unpack different topics, they change the way you think.”

Entering a New Chapter with iKhokha

After 15 years of service at Private Property, 2020 was the year Pieter had to bid farewell to his longstanding relationship with the company. You know what they say, when one door closes a new one opens, and iKhokha came knocking on Pieter’s door.

Purpose-driven, Pieter looked to not only settle for a place where his valuable skills would be put to use, but where they would make a difference in peoples’ lives.

“You want to be part of something amazing. You want to find a place that speaks to your purpose.”

Since joining iKhokha, Pieter has brought innovative solutions to the product team – the most notable one is taking the Shaker Solo to its most mature stage in a short period of time. He attributes much of which to a theory he learned at his first job – the Occam’s Razor theory.

“The idea behind Occam’s Razor Theory is to go with the most obvious answer first. It’s finding the low hanging fruit and balancing low effort with high impact and most reward.”

As humans, most of us tend to get stuck in the details and strive for perfection in everything. Pieter’s way of doing things takes a different approach.

“One of the things I believe in is that perfection is the enemy of good.”

Pieter recommends allowing yourself to learn while doing. To be agile, so you can adapt, polish, and improve.

When asked about his proudest achievements, Pieter replied with a smile: “First thing that comes to mind is my children and pursuing a degree. Both those things, I believe, require perseverance.”

Another of his proudest moments is making the Camino de Santiago –  a walking pilgrimage from anywhere in Europe to a town in Spain called Camino de Santiago, resulting in an arduous journey filled with hurdles, blisters, sightseeing, and most importantly, life lessons.

“Camino de Santiago was quite a journey, and by the second day, I thought I was not going to complete it. But those three challenging days showed me God is in the little details and being there along the way.”

Learnings From Along the Way

There’s much Pieter has learnt in his extensive experience. But for him, it boils down to 3 things he lives by:

Feedback can be criticism, and it can also be praise. But it is absolutely critical. The sooner you get it, the sooner you can handle it to adjust and align.

2. Play to your strengths

It’s critical to be true to yourself. To some people, some things come easy and naturally. If you’re good at something, do it excellently.

Release yourself from the pressure of trying to be good at everything and focus on that one thing you’re really good at.

As the saying goes, consistency is key. And that goes for everything in life ­– exercise, diet, and work. But also consistently doing the right stuff. Performing consistently, doing the work, getting up and showing up every day will get you wherever you want to go.

iKhokha shares a common goal with all iK Tribe members – to make an impact and leave a mark in South Africa. How? By playing our part in supporting small business owners realise their full potential.

For Pieter, cultivating a healthy work culture where we hustle hard together is essential for top-notch work and productivity.

“It’s hustling hard together. It’s fun, and in the end, everything boils down to teamwork. It embodies everything. You have to be a team player with a good attitude to bring in quality results and work. “

If you think you’re a game-changer, come leave your footprint in a business that focusses on what really matters. Check out available our vacancies here. 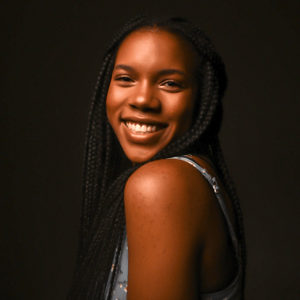 Fezile is an idealistic daydreamer and night owl on a mission to help small businesses succeed. She daydreams about how she can help change the world and stays up late trying to - one word at a time. 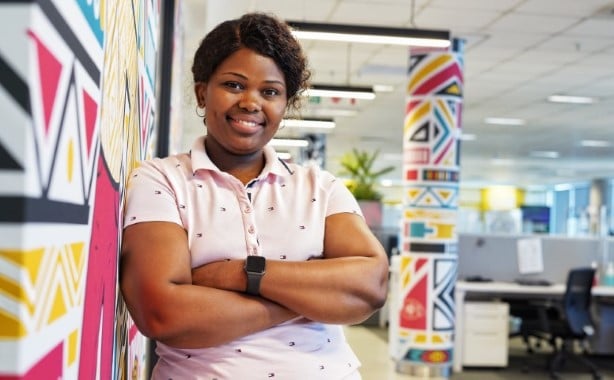 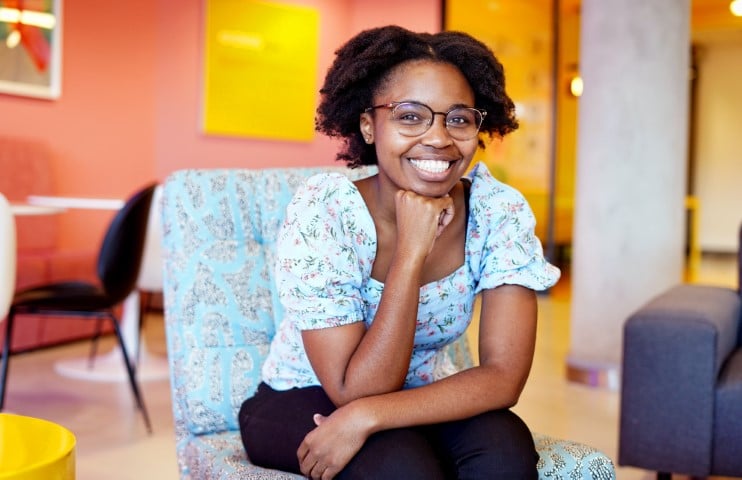 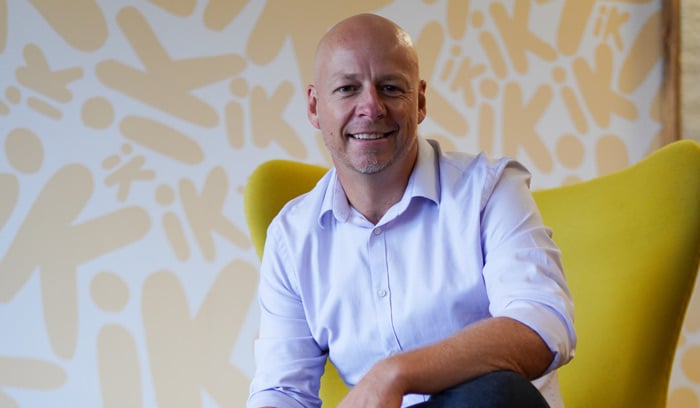 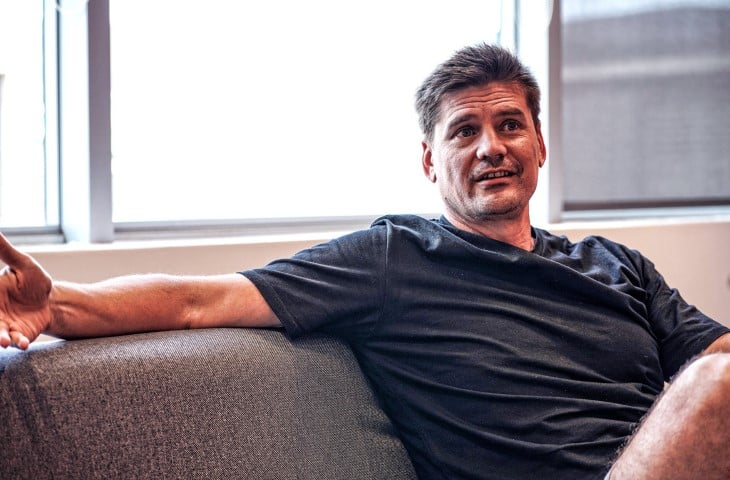 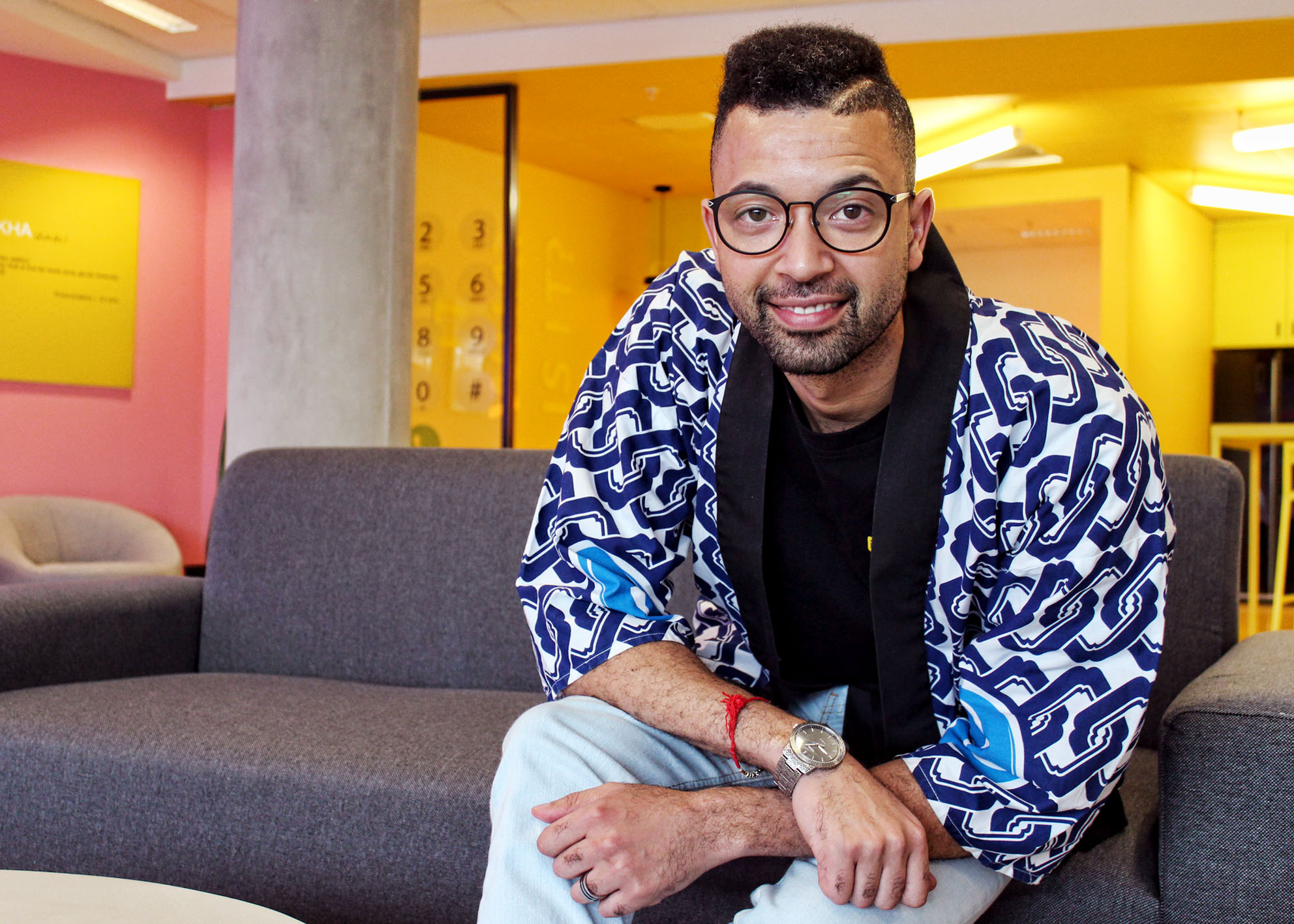 iKhokha has excellent service, cheap fees and great emails received on all transactions. All in all a much better option than using the traditional bank terminal.
Pieter De Witt

Easy to use, fair transaction charges and it increases my turnover and profits.
Chris A 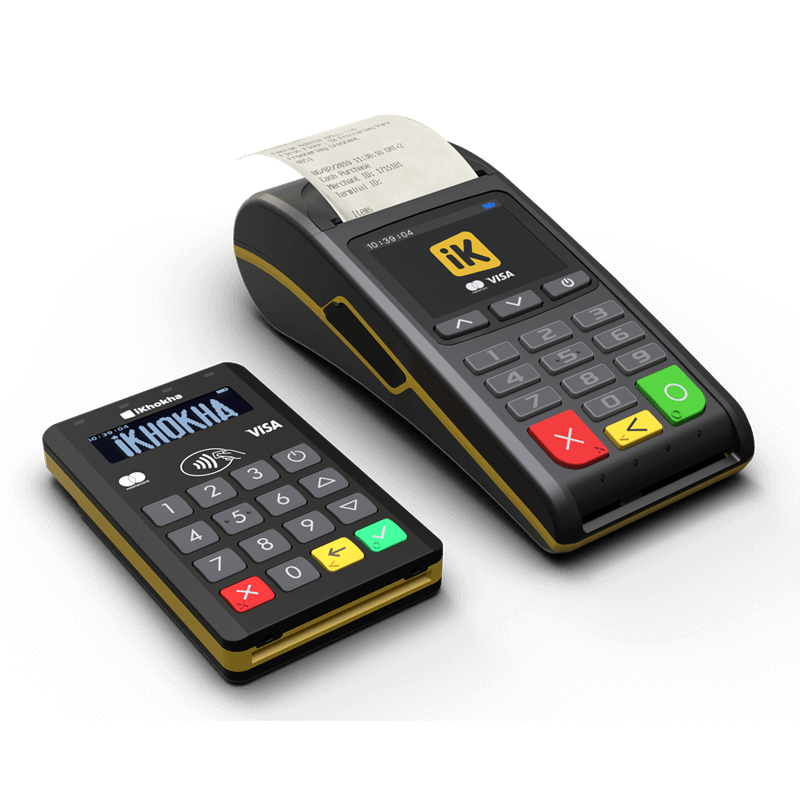